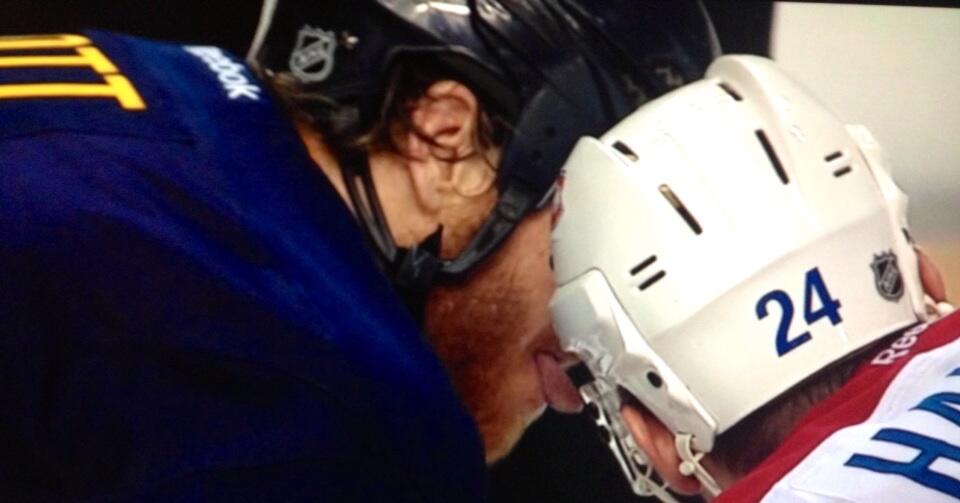 Lining up for a faceoff you might expect some playful chirping or maybe even some aggressive jostling for position, but Steve Ott took it to the next level by licking Jeff Halpern's visor last night. It's something you would never expect lining up for a draw, and probably something you wouldn't expect from an opposing player who's team is fighting for a playoff spot and already down 4-0 in the game.

Ironically, Ott had this to say following the game:

Ott: if you cant find something to play for, you shouldnt be in the NHL
— Elliotte Friedman (@FriedgeHNIC) April 12, 2013

Ott's lick is definitely weirder than Tyler Kennedy taking a healthy lick of his hockey stick on the bench:

But let's all just agree that the only lick we want to see in the hockey universe is Hayden Panettiere with the Stanley Cup. 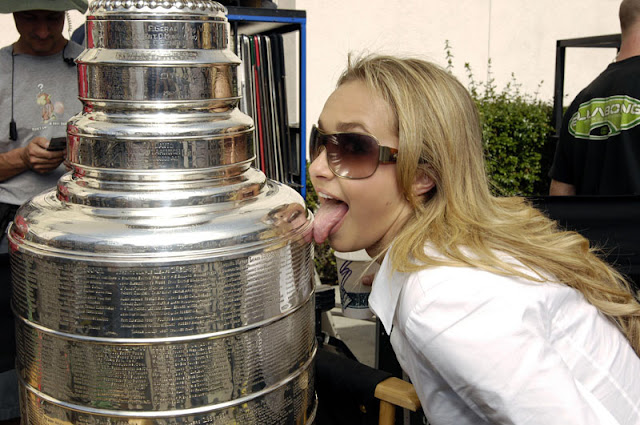 Posted by Dirty Dangle at 2:44 AM
Email ThisBlogThis!Share to TwitterShare to FacebookShare to Pinterest