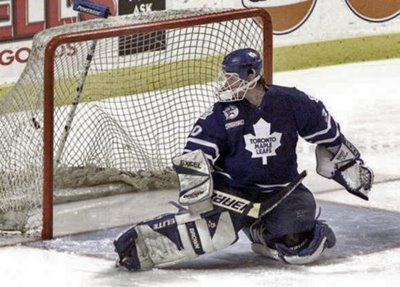 Glenn Healy should really think before he speaks because he is starting to sound like a hockey analyst that is working some minor league game in the sunbelt. For a guy working a job on Hockey Night in Canada that most people dream about doing, Healy often appears to know nothing about the game. Healy has been the bad guy on Hockey Night the last few years being straight to the point and not being afraid to rip on the Maple Leafs or any team that is featured on Hockey Night in Canada for that matter. That's allowed, but his rips are often so unpopular and statistically proven wrong it's just getting embarrassing.

Not sure what it is about goalies that become hockey analysts, but just like most of their careers they stink. I can't stand Greg Millen and how he always says "well he wish he could have that one back" after a goal. Ya no shit he just let in a goal like you did 2281 times in your 604 game career. For years we had to listen to Pierre McGuire blabber about active sticks and every players home town across the world. Now we have Mr. Negative Glenn Healy to kill our buzz when hockey is on and last night he took it too far when he had this to say about Pavel Datsyuk:


"When you look at a guy like Datsyuk, not all the God-blessed talent in the world, but he is a hard worker."

Not all the God-blessed talent in the world? Datsyuk is synonymous with talent in the NHL. Easily one of the top stickhandlers and most creative players in the league, it is just ridiculous that Healy would even say this. We're not sure what hockey Healy's been watching, but here's Datsyuk showing off some talent early on in the series:

And getting the insurance goal last night with this unbelievable snipe:

If you really want to get drunk during the NHL playoffs just take a drink everytime Glenn Healy says something stupid, I know it did the trick for me during the Leafs-Bruins series.