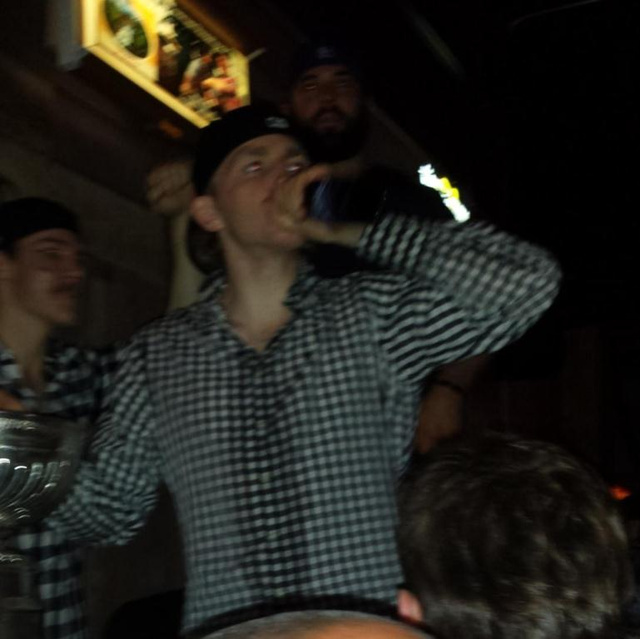 Here are some of our favourite photos and videos from their pub crawl through the city: 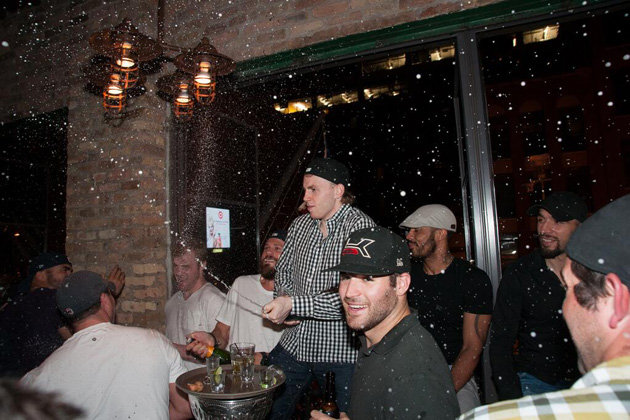 Patty Kane sniped 9 goals these Stanley Cup playoffs and was looking to hit a passing cab driver with this cork shot.

Michael Frolik got attacked by the shirt monster at the bar but kept on partying like a true warrior. 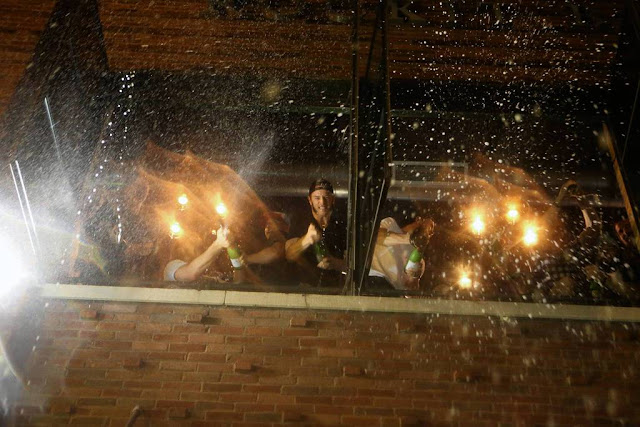 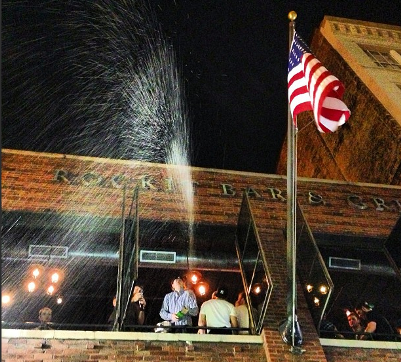 CHAMPAGNE SHOWERS FOR EVERYONE courtesy of Jonathan Toews and Patrick Kane 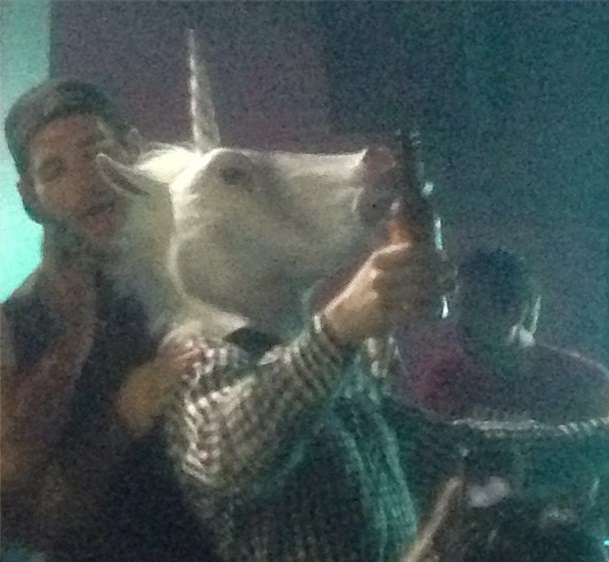 Jonathan Toews shows off his dance moves attempting to drink a giant bottle of champagne.

And probably the best thing to happen during their crawl that was captured on video: Jonathan Toews crowdsurfing AND actually smiling!