Why Is Jonathan Toews Getting a Free Pass? 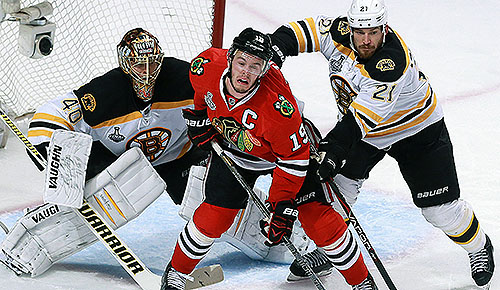 20 games. 1 goal and 9 points is Jonathan Toews' stat line in the 2013 playoffs so far. Not the kind of production you would expect from a guy who scored 23 goals and 48 points in 47 games during the shortened regular season. Toews' goal scoring slump is not for a lack of trying as he has taken 63 shots these playoffs, but he just hasn't been able to get into any sort of groove and start scoring consistently.

From reading blogs and main stream media it looks like Jonathan Toews has gotten a free pass from criticism these playoffs. Helping to downplay his offensive performance these playoffs was the NHL handing out awards last week and Toews taking home the Frank J. Selke Trophy as the league's best defensive forward.  Even on the defensive side Toews isn't dominating with a +4 rating and a faceoff percentage of 52.1 that ranks 19th in the playoffs. Last years Selke winner and runner up this year, Patrice Bergeron, also sports a +4 rating, but has been dominant on the draws with a 62.7 faceoff percentage (then again he did get to take a lot of faceoffs against the Maple Leafs).

So is Toews getting a free pass because he has already won a Stanley Cup and took home the Conn Smythe Trophy those playoffs? When the Blackhawks won the Stanley Cup back in 2010, Toews dominated and led the Hawks in scoring with 29 points in 22 games. But in the last 3 playoffs since then, Toews has just scored 4 goals and 17 points in 33 games. Is Toews getting a free pass because he is the team captain and brings leaderships and other intangibles during every game? I am not really buying that one either since Toews seems to be more of a quiet captain and leads by example. Not producing when your team needs you just doesn't seem like the Jonathan Toews we all know. If his last name was Toewsokov he would be taking a beating from the media for not producing but Toews has managed to evade any criticism. What's up with that? 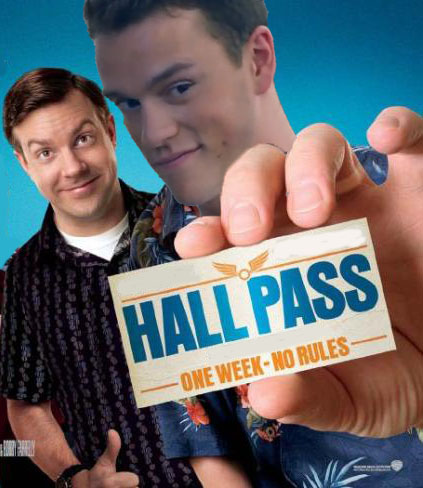 Posted by Dirty Dangle at 5:40 PM
Email ThisBlogThis!Share to TwitterShare to FacebookShare to Pinterest