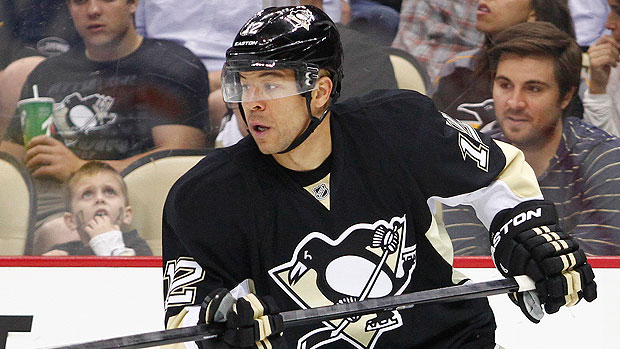 The Stanley Cup has been won and the top prospects picked so it's time to focus on the free agency frenzy. Once July 5th strikes, GMs will be looking to add to their rosters for a fresh start in 2013-14. Many GMs like to add some experience as that missing piece to get their teams into the playoffs and free agency is that time of year when aging vets get overpaid. Sure they can show flashes of greatness, but just like your parents, they nap a lot more these days.

Let's take a look at some sought after veteran free agents and see what they have to offer:

Age: 36
Previous Cap Hit: $7,000,000
Iggy had a strong playoffs for the Penguins putting up 12 points in 15 games showing he still has some gas left in the tank. The Penguins would love to bring him back, but at a much lower cap hit than $7M a year. Look for Iggy to sign with a contender that he can bring some experience to as well as make an impact on the scoresheet. At this point in his career the only thing missing from his trophy case is the Stanley Cup.

Age: 33
Previous Cap Hit: $5,000,000
Ribeiro is the best centre on the market and he might try and use that as leverage for a long term deal that pays him even more than his previous 5 year/$25M deal. Ribeiro is still a point-per-game player and perhaps the biggest asset he'll bring to his new team is his pissed off wife. With her fuming, Ribeiro might just want to spend all his time at the rink practicing which can only make for an improved performance. Sure Ribeiro might be the youngest guy on this list, but he looks like he has visited the most strip joints. 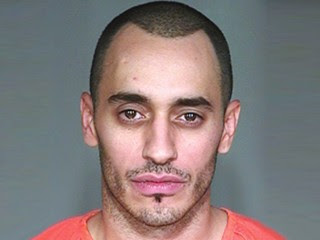 Age: 34
Previous Cap Hit: $4,100,000
Morrow has always been one of my favourite players in the league and I was looking forward to seeing him play as a Penguin. In 15 regular season games with the Pens, Morrow put up 14 points playing with the likes of Brandon Sutter, Beau Bennett and Matt Cooke. Despite his strong regular season finish he was pretty much a non-factor in the playoffs with just 4 points in 14 games and seemed too slow for the playoff pace required. He's showed he can still play a physical game and chip in offensively so there should be some interest in him come Friday.

Age: 41
Previous Cap Hit: $4,550,000
Jagr is still loving the game and put up 35 points in 45 games between Dallas and Boston. There will be teams interested in Jagr and even though he couldn't find the net these playoffs there is still a bit of hockey left in his 41-year-old legs. He still has the offensive ability to put up points as he did with Claude Giroux in Philly last year and Jamie Benn in Dallas so there could be plenty of teams taking interest in adding the NHL legend. Jagr will probably have the same price tag, but throw in the keys to the practice rink and it should sweeten the deal.

Age: 37
Previous Cap Hit: $6,000,000
Elias is a free agent and either he will decide to call it a career or resign with the Devils. A lifelong Devil and currently the team's longest-tenured skater, Elias is the franchise's all-time leader in points and goals, while holding the franchise record for the most points in a season (96). With plenty of playoff experience and some offensive talent to boot he could be a great fit on a fringe team looking for that special someone.

Age: 35
Previous Cap Hit: $6,500,000
Briere was a compliance buyout victim and will be courted by many suitors as a free agent. It was only a few seasons ago Briere was a 30-goal scorer and playoff scoring leader so he definitely still has some offensive value. Briere can also contribute off the ice as a billet for budding superstars who get to work on their hand-eye coordination playing ministicks with Briere's kids.

Posted by Dirty Dangle at 9:10 PM
Email ThisBlogThis!Share to TwitterShare to FacebookShare to Pinterest