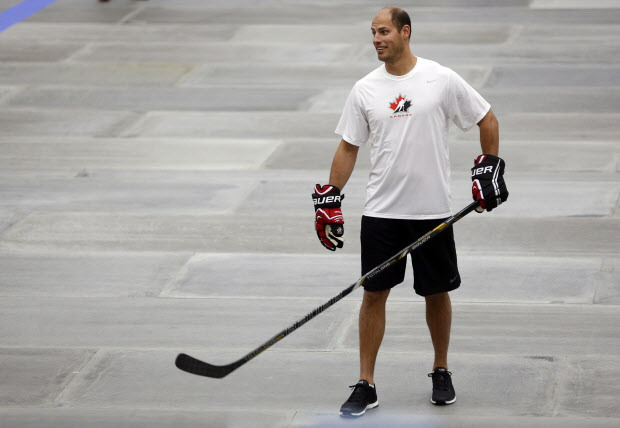 Some of the biggest names in Canadian hockey got together this week for a 3-day Hockey Canada Olympic orientation camp and there was a lot of hype surrounding it as it's August and hockey is missed. Due to insurance costs there were no on-ice sessions this week and the camp was mostly comprised of information meetings and team bonding. With that said, there was a lot of fun had between the 46 Canadian NHLers in attendance and we've heard some stories from our sources in Calgary of the shenanigans that went on.

Here are some of the stories we heard that you might have missed:

Posted by Dirty Dangle at 7:32 PM
Email ThisBlogThis!Share to TwitterShare to FacebookShare to Pinterest