December Is Going To Be A Great Month 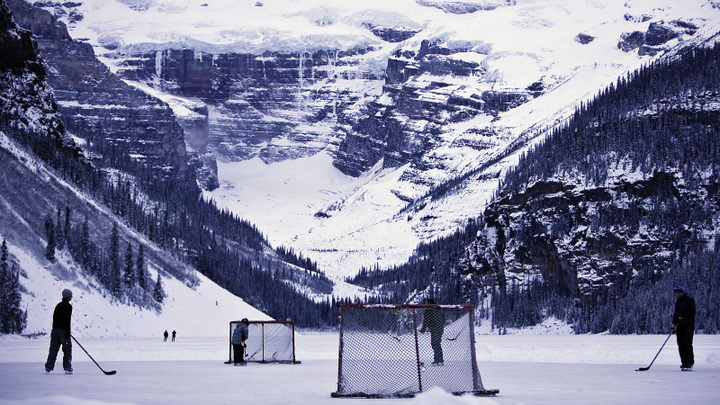 December is always a special month for hockey fans with so much happening around the world and this year will be no different. It's that time of year when the temperature starts to dip below zero allowing the lakes, ponds and outdoor rinks to freeze over giving us the opportunity to return to our roots with friends and family to play a little outdoor puck. With the holiday season starting up there will be plenty of gatherings in which alcohol will be consumed and a game of hockey needed at the local rink to sweat it out of your system.

Besides the friendly games of hockey and holiday parties we have a lot to get excited about with some marquee events starting up:

Starting December 14th, the first episode of 24/7 Red Wings/Maple Leafs: Road to the NHL Winter Classic will be aired. The hit series will give fans a behind the scenes look at the Toronto Maple Leafs and the Detroit Red Wings as they get ready for the Winter Classic on January 1st at the Big House. The four part documentary series will reveal such things as their family lives, daily routines, and who swears the most in the dressing room. In addition, it's hard not to be excited for those epic scenes of the players in slow motion with a hipster song playing along. I have never looked forward to being hungover, but when the pucks drops on New Year's Day at 1pm I will be comfortably located on my couch in sweatpants and a cold pop in my hand.


The holiday tradition of the World Junior Hockey Championships will be something that all hockey fans will want to watch. This year the tournament will be held in Malmo, Sweden meaning Canadian and American fans will be setting their alarm clocks for an early morning wake up to watch the games. This tournament displays the best hockey players in the world under the age of 20 and gives NHL scouts and GM's an opportunity to get a closer look at the next fleet of talent for the 2014 NHL Entry Draft. Every year a select few junior hockey player's get the chance to make a name for themselves and play the role of hero for their country with bone crushing hits, dirty dangles, and clutch goals. Get ready for the 4th Annual Dirty Dangle WJHC Pool!


Another tournament that is played over the holidays is the lesser known Spengler Cup. This annual tournament is played in Davos, Switzerland and features a variety of club teams from the European leagues such as the Swiss NLA, KHL, and Czech Extraliga. In addition, Team Canada is also invited to the tournament every year with players selected from their respective European club teams and this year the Rochester Americans of the AHL will be making the trip across to pond to play. We love watching these games for a few reasons as not only do you get to see washed up NHLers playing their hearts out for their country, but you get to see what hockey looks like if soccer fans are in the stands. By far, this tournament has the best atmosphere for live hockey in the world and while the tourney won't measure up to last year's star-studded affair it's still worth watching.

The holidays fly by, but be sure to slow down with friends and family to watch some hockey or even settle those year-long disputes on the outdoor rink with a nice hipcheck into a snowbank. Cheers.

Posted by Dirty Dangle at 2:32 PM
Email ThisBlogThis!Share to TwitterShare to FacebookShare to Pinterest