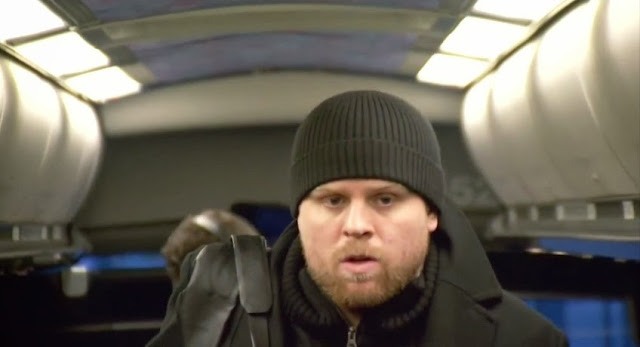 Coming off a lackluster Episode 1 there really was only one place for HBO 24/7: Red Wings-Maple Leafs: Road to the NHL Winter Classic to go and it didn't disappoint. Injuries continue to pile up for the Red Wings and the Maple Leafs continue to carry the series off the ice before it turns into the Sidney Crosby Show. While we do get a glimpse at a Toronto win, both teams continue to lose making for an epic climax at the end of the episode in what might be the biggest outburst yet in the entire HBO 24/7: Road To The Winter Classic series.

Let's look at some of the highlights from Episode 2: 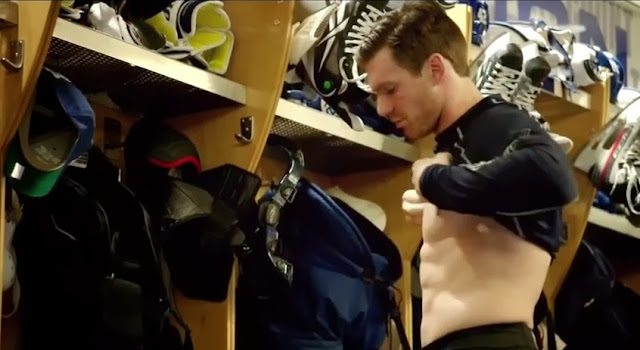 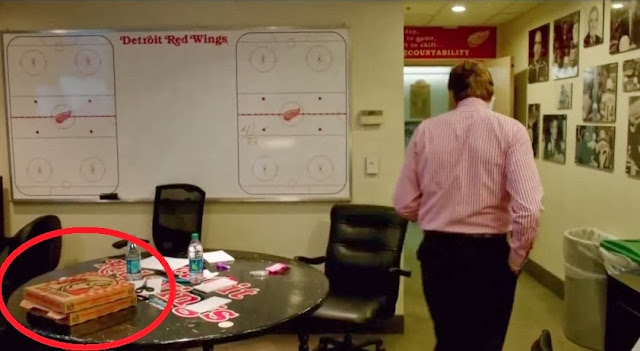 MVP of the Episode: Sidney Crosby

Not only does Sid light the lamp against with 3 goals total, but he has some great lines when discussing Nazem Kadri and his own "non-existent" physical play on the ice. If you have to pick a guy from either the Leafs or Wings it's probably Randy Carlyle for channeling his inner-Bruce Boudreau in the dressing room.

LVP of the Episode: Nazem Kadri

While HBO didn't frame in the best light by showing a young, egotistical player living in an arcade, Kadri didn't help himself by being chirped by Crosby and costing a goal that sparked many Carlyle F-bombs. Other candidates include David Clarkson getting suspended and the HBO crew who took off when Babcock told them to leave - we really would have loved to heard what he told his Detroit squad.

Both teams bounce back from their end of episode losses as the Red Wings get an OT win against the Calgary Flames and the Maple Leafs beat the Phoenix Coyotes in a shootout. Should be fun to see the players talk about James van Riemsdyk's shootout goal on Mike Smith. A lot of the episode should work around the Wings-Leafs game on Saturday night in which both teams blew leads before the Red Wings topped the Leafs in a shootout. Both teams are in action before the Christmas break as the Toronto flies to New York to play the Rangers and Detroit hosts the New York Islanders. Given how tight the Eastern Conference wildcard is getting these are big games for both teams. Expect to see some mushy family Christmas stuff as the NHL takes a 3-day hiatus for the holidays. We predict Morgan Rielly and Jake Gardiner go tobogganing while we learn a lot about European Christmas traditions from the Red Wings.
Posted by Dirty Dangle at 7:34 PM
Email ThisBlogThis!Share to TwitterShare to FacebookShare to Pinterest