Looking At The 2014 Swedish Olympic Team 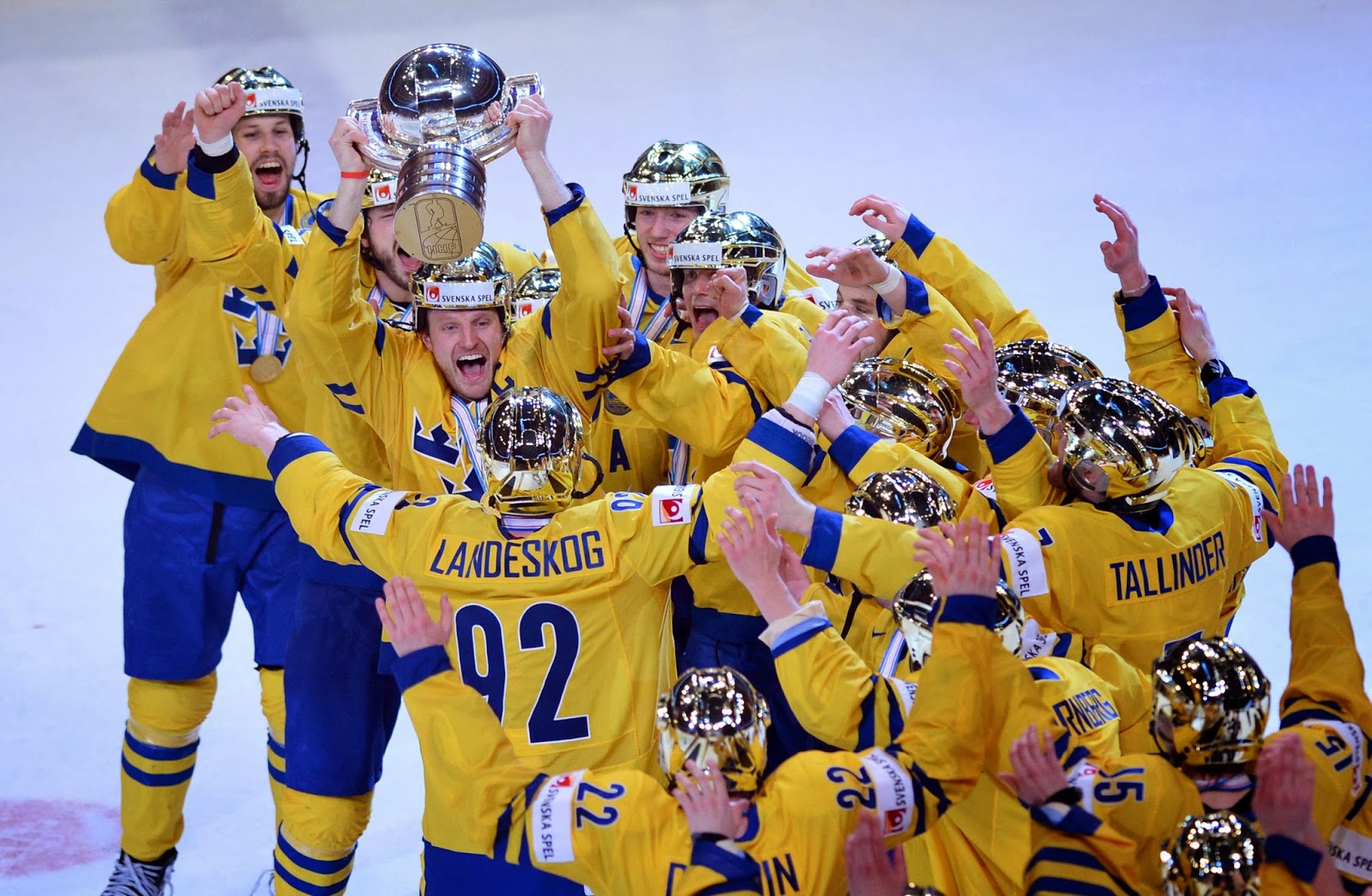 The Swede's disappointed in 2010 after bowing out in the quarterfinals to Slovakia and Olympic redemption will be on their minds heading to Sochi. Sweden's had great success in recent years with a bronze, silver, and gold medal since the 2010 Olympics at the IIHF World Hockey Championships and have also been developing players with winning tradition at the World Junior Hockey Championships having reached the gold medal game for three straight years. Sweden's very talented all around, but their biggest concerns might be in net with the play of Henrik Lundqvist in the NHL this year. Aside from that, Sweden looks great on paper and should be medal contenders come February.

Here's the Swedish Olympic team with some notable omissions:

The top two Swedish lines match up against any other top two lines in tournament and they're bottom six are full of guys you can't be too thrilled to play against either. The Swedes didn't miss any guys in picking their best forwards although they also benefit from only having about 30 Swedish forwards in the NHL to pick from. Full of talent and chemistry from previous international tournaments, the Swedes will definitely be an offensive juggernaut to look out for in Sochi.

Hornqvist was on the squad in 2010 and has played internationally for his country since the World Juniors. He dealt with injuries last season, but is still one of the top Swedish goal scorers since the 2010 NHL season. Not only that, Hornqvist is a right winger and Sweden's going to have a lot of C's and LW's playing that side with only 2 RW's listed on the team including potential scratch, Jakob Silfverberg. Marcus Johansson has 28 points in 42 games this season and has even played plenty of minutes with Nicklas Backstrom. If he wasn't going to play centre on this team then he definitely wasn't going to play LW with too many better players ahead of him.


There's a little bit of everything on the Swedish blueline with offensive guys like Karlsson and Ekman-Larsson to big hitters like Kronwall and Edler. They'll have some great quarterbacks for their powerplay and some solid penalty killing with this group which rivals some of the best top six's in the tourney. Karlsson, OEL, Kronwall, and Edler play big minutes in the NHL so expect them to be the go-to guys in defending against the oppositions top players.

The Swede's will miss Nick Lidstrom who could probably still play, but they also gain Norris winner, Erik Karlsson, and studs like OEL and Edler to help fill the void. Henrik Tallinder must have a family member on the Swedish selection committee as making it over Victor Hedman is quite the shocker. Hedman is having a fantastic season at the age of 23 and is 3rd in Swedish defensive scoring. If you questioned his defence, he is among the top NHL defencemen in terms of possession. Enstrom is an obvious omission having his play drop off the past year, while newcomers Brodin and Lindholm definitely earned some consideration but it's understandable why they didn't make the cut.


Lundqvist was one of the best goalies at the Vancouver Games and is NHL numbers have been spectacular since, until now. With a 2.78 GAA and .906 SV%, Lundqvist has slipped and starting to back up more with the emergence of Cam Talbot. The Swedes will hope he finds his 2010 form again as expected backup Jonas Gustavsson hasn't been lights out either with a 2.39 GAA and .914 SV% and no big game experience under his belt. Jhonas Enroth was the best goalie at the 2013 Worlds when he led Sweden to gold, and he's faced plenty of rubber this year with the Buffalo Sabres while sporting a 1-8-3 record for that trainwreck of a team.

Not Returning From 2010: Stefan Liv

Of the Swedish goaltenders in the NHL this year to have started more than 12 games, Robin Lehner and Eddie Lack have the top save percentages with .922 and .920 respectively. While he doesn't get the starts he deserves, Lehner has the highest save percentage among Swedish goaltenders since 2012 with a .929 SV% and definitely earned some consideration to serve as Sweden's backup. Lack is in his first NHL year, but as played very well in the AHL and has performed admirably as Roberto Luongo's backup this year going 7-3-3 with 2 shutouts. Both were deserving but it in the end it doesn't matter because they'll stick with Lundqvist unless he's absolutely atrocious.

Overall, Sweden is a medal contender that will depend heavily on goaltending to come through. The team has great depth and will look to top their performance in Vancouver with something that resembles the gold medal they won in 2006.

Posted by Dirty Dangle at 5:20 PM
Email ThisBlogThis!Share to TwitterShare to FacebookShare to Pinterest