NHL Awards At The Half 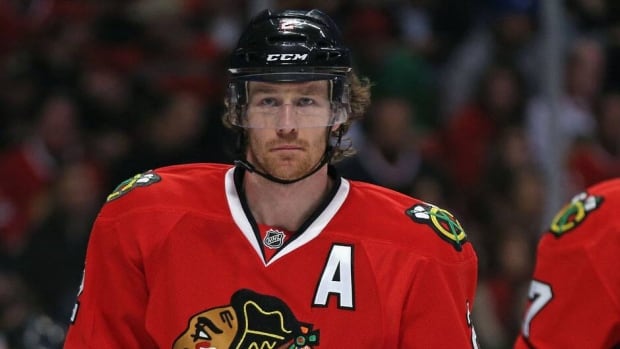 The NHL season is at the 41-game which means we're halfway through the 2013-14 season and it's time to make some award predictions. Looking at stats (and even some advanced stats) and analysis of how players have played, we've come up with the following results for who would take home the major awards if the season were to end today. Sure this all means shit with 41 games to go in the season, but it's interesting to see what players have been award-worthy out the gate.

Hart Memorial Trophy - Sidney Crosby
Not only does he lead the league in scoring with 59 points in 42 games, but he's led the Pittsburgh Penguins to first in the Eastern Conference despite a rash of injuries. They're 1st in man games lost, but Sid's guided them to a 29-12-1 record with some timely goals. 11 third period goals, 8 goals when trailing by 1, 7 goals when tied, and 4 game winning goals are among the tops in the league. Sid's been dominant and has even put his linemate, Chris Kunitz, into Olympic consideration.

Vezina Trophy - Josh Harding
At the halfway mark of the season Harding sits atop the NHL with a 1.65 GAA and is one of the leaders in save percentage with a .933 SV%. In 29 games played, Harding has an 18-7-3 record with 3 shutouts to keep the Minnesota Wild in the thick of the playoff race in the tough Central Division. Minnesota's been stingy in allowing shots, but Harding's been a rock when Niklas Backstrom has been injured/faltered. This will be a tight one to the finish with plenty of Vezina candidates.

James Norris Memorial Trophy - Duncan Keith
The NHL's defensive scoring leader with 39 points has been a horse on the Hawks blueline this season averaging 24:20 TOI/game. In these minutes, Keith's been on the ice for the most goals for at 5-on-5 of all skaters and had a solid 57.1 Corsi For% at 5-on-5 which ranks him 5th in the NHL. Keith's doing it all with a +16 rating, 108 shots on goal, 27 takeaways and has only taken 3 penalties all season. Complete player and an absolute stud.

Calder Trophy - Tomas Hertl
We'll give the young Czech sniper this award at the half because he won't have a chance the rest of the season after undergoing knee surgery which is expected to keep him out for at least a month. Despite the injury, Hertl leads all rookies in goals scored with 15 and still has a 1-point lead over Nathan MacKinnon for rookie points. Hertl is among NHL leaders in Corsi For % with a 57.1% although it can be argued he benefits the most playing with Joe Thornton. Tough break with the injury, kid.

Bill Masterton Memorial Trophy - Teemu Selanne
This award hasn't been given out for all-around dedication to hockey since Adam Graves won in 2000-01 so we're going with Teemu Selanne to take it home for those reasons this year. The oldest player in the NHL this season at age 43, Selanne's appeared in 32 games with 4 goals and 11 points. Sure the Finnish Flash is flickering, but he's a fan favourite in NHL city and the game of hockey will miss him after 21 great seasons. #TeemuForever

Jack Adams Award - Joel Quenneville
Not only does Coach Q have his team on top of the NHL with a 28-7-7 record, but they've put all teams offence to shame with a whopping 154 goals scored and +43 goal differential. While the Hawks penalty kill is hurting at 76.4%, it's allowed when your powerplay operates at 24.3% and you have 13 wins by 3 goals or more. Quenneville's kept the scoring and wins coming with Corey Crawford out of action and it's not to pick the Hawks to repeat as Stanley Cup champs the way they're going right now.

You'll find Bergeron's name near the top of some pretty important stats. 1st in faceoffs won with 529 and a league high 61.6 FO%, 3rd among forwards in league Corsi For % with 60.6%, 1st in CF% relative with a +10.9% and is among the leaders for league +/- with a +16 rating. While he started slow offensively, he's now got 10 goals and 23 points while playing over 18 minutes/game including plenty of powerplay and shorthanded time. Simply put, Bergeron does it all for the Bruins

Keith's logged over 1022 minutes this season and taken only 3 penalties (1 slashing, 2 interference calls). As a defenceman that's noteworthy considering you're more likely to get called for penalties when attempting to get pucks off players in your zone. He's stayed out of the box and been rewarded with 39 points to remind us enough of Brian Campbell's 2012 Lady Byng as a d-man with 53 points and 6 PIMs. Keith's kept it clean and hasn't sparked any sexism debates this season.

Posted by Dirty Dangle at 12:06 AM
Email ThisBlogThis!Share to TwitterShare to FacebookShare to Pinterest