David Clarkson vs. The Worst Contracts Everyday when I walk into work my co-worker is complaining about David Clarkson and how he is getting paid so much money to fall all over the ice. Of course he's unhappy with the 7 year/36.75M contract that Clarkson signed last July and rightfully so. Many Leafs fans were overcome with excitement at the news of signing Clarkson in the offseason as they believed they were basically getting a Wendel Clark circa 1993 (let's be honest, there will never be anyone like Wendel). There were also plenty of fans and media who shook their heads at this deal and have since been proven to be right. Clarkson's play and contract have been pretty bad, but for arguments sake, is his the worst contract in the NHL?

Soon to be 30-years-old, David Clarkson is having a tough time in his first season with his childhood team. He started the year suspended for the first 10 games after jumping off the bench to join in on a line brawl (and not throw a single punch) and has since been suspended another 2 games for a hit to the head and has missed plenty of games with different injuries.

It's hard to call him a complete bust from just 52 games, but Clarkson has just 4 goals and 10 points while getting paid $5.25M a year. He's got one of the worst +/-'s on the team with a -14 rating and sits 16th in team scoring behind players with far less games played or players who are in the AHL now. Leafs management were hoping for some secondary scoring from Clarkson and for him to be a physical force on the ice, but that just hasn't happened.

The good news for Clarkson is that he has 6 more seasons to prove his worth to the Leafs faithful as a blue-collar player who rides the TTC to games. 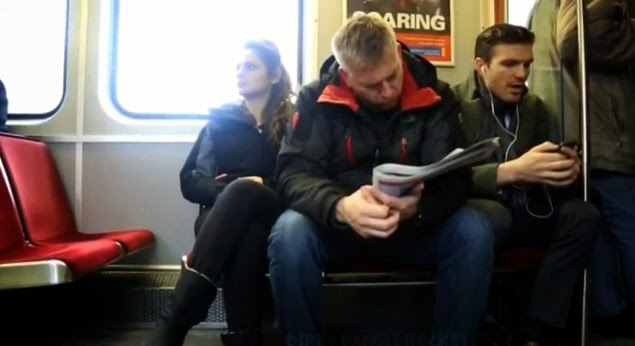 Leino has been a massive bust for the Buffalo Sabres who signed him to this deal in the summer of 2011 when Terry Pegula decided to make it rain on free agents like he was in a stripclub.

Leino had shown promise with the Philadelphia Flyers during the 2010 playoffs when he put up 21 points in 19 games. The following season he scored 19 goals and 53 points in 81 games, but his contract demands were too rich for the Flyers and they let him walk right into the Buffalo Sabres arms. Shockingly, this is probably the best move Paul Holmgren has made as GM of the Flyers.

In the 130 games since signing with the Sabres, Leino has just 10 goals and 43 points. This season in 51 games Leino hasn'tscored a goal and there is even a "Leino Lotto" in which you can win some cash if he finally scores a goal.

And we have another beneficiary of Buffalo's goodwill, Tyler Myers:

The 2009-10 season gave Buffalo so much promise with Tyler Myers as he took home the Calder Memorial Trophy as top rookie that year. Myers potted 11 goals and 48 points that year and looked to be the future of the Sabres blueline with 16 powerplay points and a +13 rating.

Fast forward 4 seasons and those stats remain career highs for the 6'8" giant who has had decreasing goal and point totals since that breakout season. Despite a drop-off in his sophomore season, the Pegula-rich Sabres decided to give him a $38.5M extension with a year remaining on his entry level deal including a $10M signing bonus that made him one of the highest paid players last season.

The only good thing about this contract is Myers' age. He's only 24-years-old, but his cap hit is just terrible when you consider it's in the range of defenceman such as Duncan Keith, Keith Yandle, Dustin Byfuglien and Oliver Ekman-Larsson.

Lastly, a guy the Leafs probably would have signed if they didn't keep Bozak, Stephen Weiss:

Weiss finally got out of Florida after starting his NHL career there during the 2001-02 season and it appears as though he's on the downhill slope of his career after peaking five years ago. With back-to-back 60-point seasons from 2008-2010, Weiss continued to score in the years to follow but would likely want to forget the past two seasons.

In a contract year, Weiss managed to only appear in 17 games before opting for wrist surgery during the lockout-shortened season. In those 17 games though he was pretty useless scoring 1 goal and 4 points while mustering only 19 shots on goal. Toss in a -13 rating and being on the ice for only 7 goals in all situations and  it's safe to say he was having a rough season. We're curious how bad his totals would have hit had he not been injured and shut down for the season.

Given those stats and a poor UFA crop, Weiss was still a top option for many clubs seeking a #2 centre that has shown some offence in the past. Weiss was one of those guys you hoped your team wouldn't sign which made it even more surprising the Red Wings doled out almost $25M for the 30-year-old. It hasn't worked out well for them as he's appeared in only 26 games this year registering 2 goals and 4 points while playing under 15 minutes/game. He's not playing well when healthy, and he's only appeared in 43 out of a possible 121 games the last two seasons. That's not a good sign for Detroit going forward especially with a $4.9M cap hit.

This Stephen Weiss compilation of him as a Red Wing was posted in November, but it's still pretty accurate:

Overall, they're all terrible contracts, but is Clarkson's the worst? The cap hit is atrocious, especially since his contract finishes in 2020. His play has been brutal and he's probably fallen down more than Scott Hartnell this year. Weiss has dealt with injuries so there's still time for him to make an impact. Myers has youth on his side and can still live up to at least half of his contract, while Leino is most likely a compliance buyout at season's end. Taking that all in, then yes, David Clarkson's contract is the worst.
Posted by Dirty Dangle at 10:33 PM
Email ThisBlogThis!Share to TwitterShare to FacebookShare to Pinterest