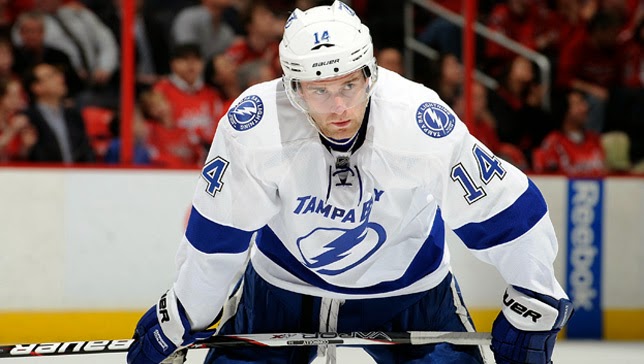 Every team in the NHL has different organizational depth charts and depending on a team's needs young players could find themselves in a variety of career changing situations. One player could find himself jumping from junior right to the NHL because he plays a certain position while another could be stuck in the AHL for a few years because of the players ahead of him in the organization. Every team is different and sometimes players get opportunities while others are left waiting for their turn. Think of Nino Niederreiter wasting away with the New York Islanders and being misused by management the past few seasons. He needed a change of scenery and now it's not that surprising to see him finding success in Minnesota.

Here are a three young players that are being road blocked by better players ahead of them or who simply can't find their way into their NHL club's good books:

After making the team as a 19-year-old and playing 68 games in mostly a 3rd line role, Connolly has been passed in the depth charts by other young players and just can't seem to show his potential that made him the 6th overall pick in 2010. The last two years Connolly has mostly played in the AHL with a few NHL call ups to total 16 NHL games played in the past two seasons. Connolly is an offensive player who scored 30 goals last year in the AHL and if given a chance should be able to produce at the NHL level. The problem comes with being given that chance as Tampa Bay is pretty stacked with young forwards such as Alex Killorn, Tyler Johnson, Nikita Kucherov, J.T. Brown, Richard Panik and Ondrej Palat holding down spots in the NHL. That's a lot of competition for Connolly to stay with the big club and based on his season with the Syracuse Crunch this year he's not handling it well with only 13 goals in 44 games. Connolly is now 22-years-old and might have to move on to get a better opportunity to snipe in the show or waste away in the AHL.

Glennie was the 8th overall pick in 2009 and was a star for the Brandon Wheat Kings playing with great junior players such as Brayden Schenn and Matt Calvert. Since his junior days he has just played in 1 NHL game while his former junior teammates are full time NHLers. Glennie has struggled with injuries the last two years and there was even some concerns about his conditioning that had him in the coaches dog house. He has been an average AHL player at best with his highest scoring season with the Texas Stars consisting of 37 points in 70 games. Perhaps a fresh start in a different organization might help rejuvenate his career so he can find that scoring touch he had in junior.

Pirri led the AHL in scoring last year with 75 points in 76 games and many people thought he would be a shoo-in for a 2nd line spot this year with the Blackhawks. After an injury slowed the 22-year-old down during training camp, Pirri started the year in the AHL but was quickly promoted  to the Hawks. Pirri didn't look out of place at all and put up 11 points in 28 games. Pirri bounced around from the 2nd line to mostly getting bottom-six minutes and just couldn't find a way to gain Joel Quenneville's trust. Other centres in Chicago like Marcus Kruger and Michal Handzus have also had chances to grab that 2nd line centre spot with neither player emerging consistent enough to hold down the role. Pirri has proven he has outgrown the AHL and must wonder what he has to do to be an everyday player in Chicago.

Posted by Dirty Dangle at 2:37 PM
Email ThisBlogThis!Share to TwitterShare to FacebookShare to Pinterest