This will be an ongoing series of hockey plays that are at risk of extinction because of their rarity in numbers or threatened by changing environmental and regulation parameters. 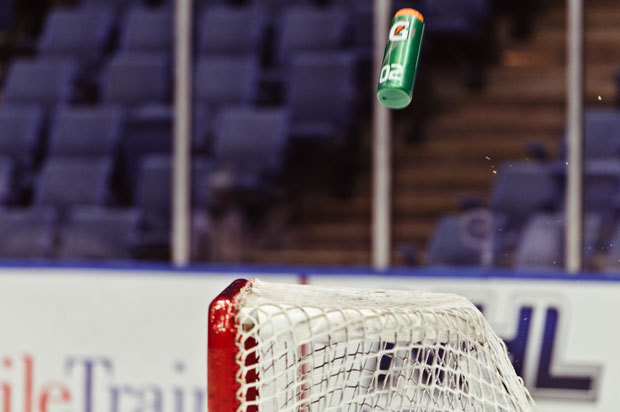 The NHL has been taking steps for years to reduce this safe, fun, and very entertaining hockey play. Water bottles on top of hockey nets are not only meant to hydrate goaltenders, but to soar when a puck hits them. A perfectly placed top shelf shot or deke that sent a water bottle flying into the air was almost a guaranteed highlight of the night and is up there in hockey lore with going bardown. It's a beautiful thing and a play that strives in the wild with beer leaguers often pissing off their goalies in warmup by sending their bottles flying and empty of water.

Why is this play threatened? The NHL made it mandatory a few years back that goalies had to keep their water bottles in a secure holder on top of the net. This would prevent a well-placed water bottle near the crossbar from blocking the view of the overhead camera on video reviews. 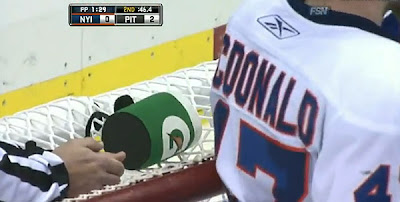 Makes sense, but we saw a big reduction in water bottles being popped. It was still possible to send them flying as Jason Spezza demonstrated:


However, too often we saw this happen:


Now, they're on the verge of extinction as we've seen water bottles in holders behind the nets. 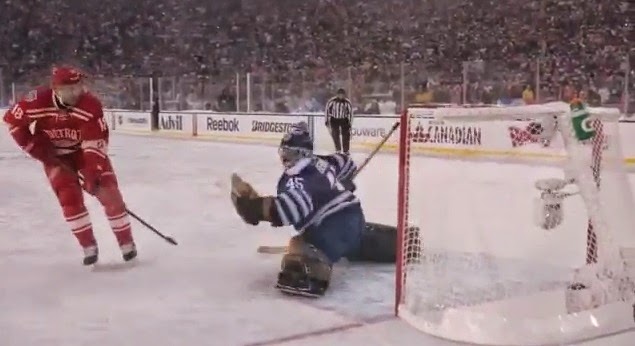 We really enjoyed seeing players go backhand shelf to pop a water bottle 10 feet into the air as Sidney Crosby did when he introduced us to The Crosby Show or see a slapshot from top of the circle blow a bottle full of Gatorade up. As mentioned earlier, rec leagues don't have holders, so beer leaguers can still pop bottles on the ice, and after the game in the dressing room. Enjoy these water bottles being popped by NHLers as they might be some of the last:

Posted by Dirty Dangle at 11:55 PM
Email ThisBlogThis!Share to TwitterShare to FacebookShare to Pinterest