First Round Studs and Duds 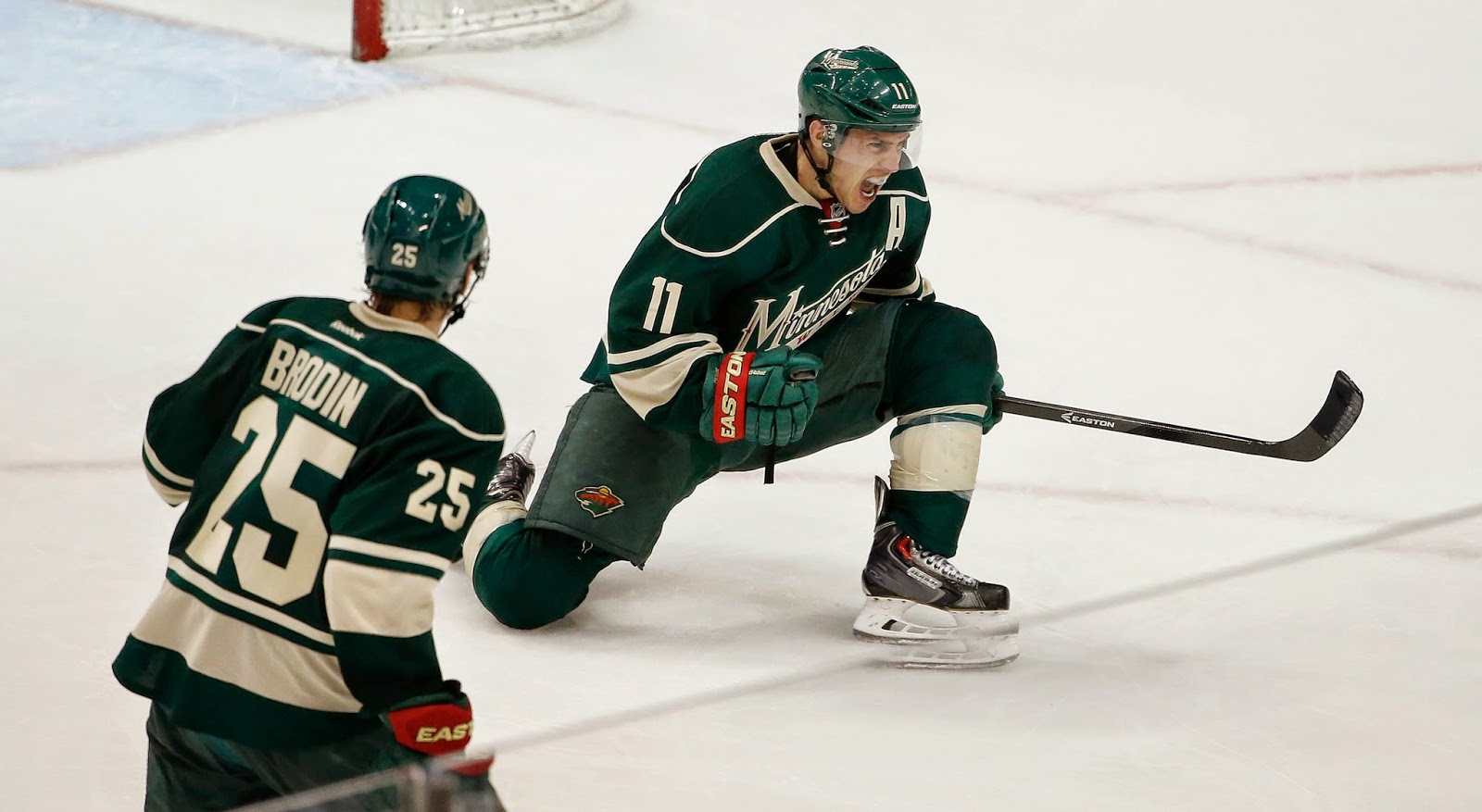 The first round of the Stanley Cup Playoffs is doneski and it was a great two weeks of hockey with some upsets, many blown leads, and hated rivals trying to kill each other. The playoffs are a different animal than the regular season and a player's clutchness and value are often based off of how they perform in the playoff months. With that said, let's take a look at the studs and duds of the first round.

Parise was signed to a massive contract two years ago and he earned his pay in the first round of the playoffs by helping lead his team past the Central Division champion, Colorado Avalanche. Parise put up 3 goals and 7 assists for 10 points in the seven game series. Parise recorded a point in the first six games of the series and performed his best in Game 6 with the Wild facing elimination when he put 2 goals and 2 assists. His first goal set the tone 49 seconds into the game and his second was the eventual winner with just over 6 minutes left in the game. Pretty much the entire Minnesota roster had good possession numbers against the Avalanche, but Parise was among the top in the league for the first round with a 60.9 CF%. Most non-Wild fans won't like to admit it, but Parise was a stud this round.

2 goals and 8 helpers at the age of 18 while playing in your very first NHL playoffs is pretty damn good. MacKinnon had some huge games with all 10 of his points coming in the Avalanche's first 3 home games, but he was solid in the rest of the series recording a team high Corsi For % of 47.3 and a CF% relative of +9.1%. That last number is pretty telling about what the teenager's worth is to Colorado and that series could have been over in 4 or 5 games had it not been for his play in their 3 wins. There's a pretty good chance he could still be the rookie playoff scoring leader at the end of the playoffs despite not making it out of the first round.

Seabrook only played 3 games in the series after earning a 3-game ban for his hit on St. Louis captain, David Backes, but he still finished as one of the top defensive scorers thanks to three 2-point games. Seabrook logged an average of 27:41/game in his 3 games and barring any more discipline in round two should be well rested to contribute from the blueline. If for some reason you're playoff fantasy pool has PIMs you were loving this pick in round one.

Martin was a rock on defence for the Penguins in round one playing over 27 minutes a night which was 4 more minutes than anyone else on his team. Martin also led the Penguins with 8 assists in 6 games and +/- with a +7 rating. Martin had a whopping Goals For % relative to his team of 29.5% which when you look at Sidney Crosby (-9.5%) and Evgeni Malkin (13.1%) is pretty impressive. The Penguins were better with him on the ice and given the way Marc-Andre Fleury's played they'll need more of his strong play in round two against the New York Rangers.

Captain Clutch was flashing his brilliance in round one scoring 3 goals and 7 points in 6 games with all 3 of his goals being game winners. Toews logged 23:55 minutes a game and was a stud at the faceoff dots, winning 61.9% of his draws, while taking the second most faceoffs out of all players in round one. Toews is cementing himself as a Hall of Famer already at the ripe age of 26 thanks to his play when it counts the post. Toews already has 71 playoff points in 6 postseasons and that number should continue to climb in round two if he keeps these moves coming:

Up 3-0 in the series and the Sharks couldn't deliver the knockout blow to the Kings. What a brutal collapse by a team that continues to be an elite regular season team, but just can't seem to get it done in the playoffs. How this team's offence dried up like the Aral Sea is just insane as they were outscored in those last four games a combined 18-5 and their powerplay went 1/19.

After going 3-0, posting a 0.67 GAA and .975%, and shutting out the Washington Capitals to secure home ice advantage in the final week of the regular season you might not have been worried about the Lightning missing Ben Bishop in the playoffs. Well, you were wrong. Lindback was awful allowing 14 goals in 4 games for a 3.91 GAA and posted a .881 SV% along the way. Just brutal and he made that series the least interesting of the first round.

Vinny seems to be running out of gas and the Flyers might be regretting having him signed for another 4 seasons at a cap hit of $4.5M. Lecavalier played just under 11 minutes a game and was a -5 in 7 games. He was brutal at 5-on-5 with a 43.2 CF% and the two points he did put up came on the powerplay and Vinny seems to just be a powerplay producer these days. He used to be such a big name and now he's just a guy that plays with Zac Rinaldo and Adam Hall.

Jumbo Joe put up 3 points in 7 games and once again couldn't lead his team deep into the playoffs. Thornton was pretty much shut down by the Kings and was a -6 in the high-scoring series. Thornton saw his CF% drop off 6.3% from the regular season and it's weird to see that he had more goals than assists these playoffs. It's not the Joe we know and when guy's aren't finishing his passes the Sharks are going to struggle.

Posted by Dirty Dangle at 6:46 PM
Email ThisBlogThis!Share to TwitterShare to FacebookShare to Pinterest