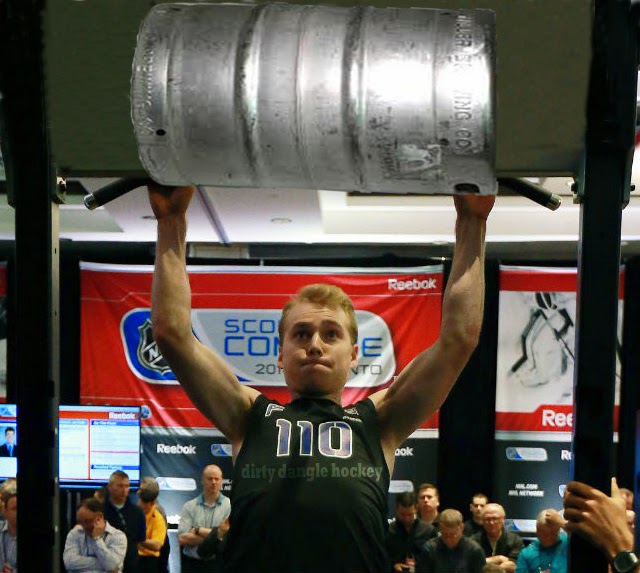 The 2014 NHL Entry Draft begins tonight with the first round of picks and what better way to celebrate the event than with some beers. The draft is always an exciting time as you never know what might happen in terms of who your team will pick or if a big trade will happen and this year could get especially crazy. As with any big NHL event, we like to make a little drinking game out of it and have some fun watching where the future of the league will be ending up. With that said, buy some beer and invite some friends to join you, just don't be an idiot and go too hard to the point where you're puking like these kids after the Wingate test at the NHL Combine.

The rules are simple and should be easy to follow along with even after a few beers. First, pick your own mock draft for the 1st round or use one of the many expert draft predictions out there (here are Bob McKenzie's rankings). Once you have your draft order, follows the rules below.


Remember, have fun and be safe.

Posted by Dirty Dangle at 1:50 PM
Email ThisBlogThis!Share to TwitterShare to FacebookShare to Pinterest