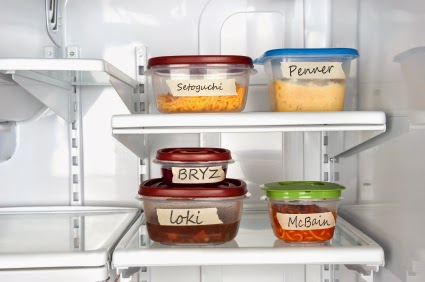 We're well into August now and there are still some solid UFA leftovers out there waiting to be signed. While some leftovers hide in the back of your fridge for weeks to rot, some leftovers can be put to good use with the right fixings. Some of the players currently unsigned would be great additions on most NHL teams and it's pretty surprising they haven't been scooped up yet. Maybe they're just sweating it out like that casserole from last week, but with training camps starting in a month it's only a matter of time before the Domino's pizzas begin to fall.

Here are some free agent leftovers looking to be pulled out of the fridge for some use:

Penner is 31-years-old and seems to be at the crossroads of his career. He's battled injuries the past few seasons, but at 6'4" and 240lbs he's a big body that has shown he can be an offensive threat. He was solid with Anaheim last season putting up 32 points in 49 games while playing with Corey Perry and Ryan Getzlaf, but was brutal when he was traded to Washington as he notched just 3 points in 18 games. Our guess is that he will have to bring his price tag down if he wants to be playing opening night.

Comparable Leftover Food: Pancakes
I've had some pretty good leftover pancakes in my lifetime and they're great to eat when you're in a bind. Penner could definitely help a team up front, but clearly needs to play with top players to be effective.

Setoguchi has been a different player since leaving San Jose where he scored 31 goals and 65 points back in 2008-09, but at age 27 he can still be a solid asset for an NHL team. He showed he can still score goals with Minnesota (not great at the shootout), but disappointed in Winnipeg last year when he put up only 11 goals and 27 points in 75 games. There's potential for Seto to find his scoring touch again if united with a playmaker and he's worth the risk if you can get him for one of those 1 year, $1M contracts. He can be a decent 3rd liner that can chip in some goals, but he will definitely need to become better defensively if he wants a contract.

Comparable Leftover Food: Soup
Decent on it's own, I like to add some fresh ingredients to my leftover soups to change up the game a little. Setoguchi could use another chance to prove himself and try plugging him with a playmaking centre to see if you can find that 31-goal scoring touch again.

It still surprises us to see Loktionov available after not being qualified by the Carolina Hurricanes. At 24, he's a decent two-way centreman who has shown the last two seasons that he can help tilt the ice in his team's favour. A solid Corsi the past two seasons and even better when relative to when he's not on the ice makes him look like a pretty solid pick-up if you're interested in having the puck more than your opponents. Throw in positive goal for percentages for the last two years and you have a player that clearly helps affect play when he's on the ice. While playing under 13 minutes/game last season he still notched 7 goals and 15 assists. You're telling me you wouldn't want this kid over a facepuncher?

Comparable Leftover Food: Pizza
Whether you eat your pizza cold, warm from the microwave, or re-baked in the oven there is no denying it's one of the best leftovers. Just as how you can use leftover pizza a variety of ways, Loktionov could also play various roles as either a PK specialist or making plays happen on the powerplay.

This NHL vet will turn 36 later this month and would be a nice addition to the blueline for a young team. Morris has played between 19-21 minutes/game the past four seasons and recently had his best offensive season in that time span with 5 goals and 17 points though 63 games. Morris can play against top lines in a shutdown role and even chip in on the scoreboard with his bomb from the point. His career may be winding down, but he's certainly not done.

Comparable Leftover Food: Meatloaf
Morris has been around the block and just like a meatloaf absorbs its flavours in the fridge after cooking, Morris has a lot to bring to a team with his 1000+ games played in the league.

Anyone that played for the Buffalo Sabres last season deserves a clean slate and there's not much risk in taking a chance on a young d-man who can help your powerplay. McBain has shown great offensive promise in recent seasons with 30 points in 2010-11 as a 22-year-old and 27 points the following season. While his offensive production dropped off, it's important to keep in mind he did go from playing primarily with Joni Pitkanen in Carolina to Mike Weber in Buffalo. Give him some powerplay time and let his confidence return after last season's disaster in Buffalo.

Comparable Leftover Food: Egg Salad
I'm always weary of eating leftover egg salad, but it's generally worth the risk. Just like McBain, egg salad can be great, but spoil very fast if not taken care of properly.

It was a tale of two seasons last year for Bryzgalov as he had brutal numbers in Edmonton, but posted a sparkling 2.12 GAA and added 3 shutouts in his 12 games with the Minnesota Wild to help them down the stretch and into the playoffs. Bryz is such a wildcard, but you have to figure he could a nice addition at backup or even battle a new starter in a platoon role. He might have to wait for a few injuries to happen, but Bryzgalov should have a contract before Thanksgiving this year - just in time for turkey.

Comparable Leftover Food: Turkey
Bryzgalov could be just plain, old turkey or he could come with some gravy and help your team big time. He's a little eccentric, but has shown in the past he knows how to stop a puck.

Posted by Dirty Dangle at 9:25 PM
Email ThisBlogThis!Share to TwitterShare to FacebookShare to Pinterest