Have We Seen The Last Of... 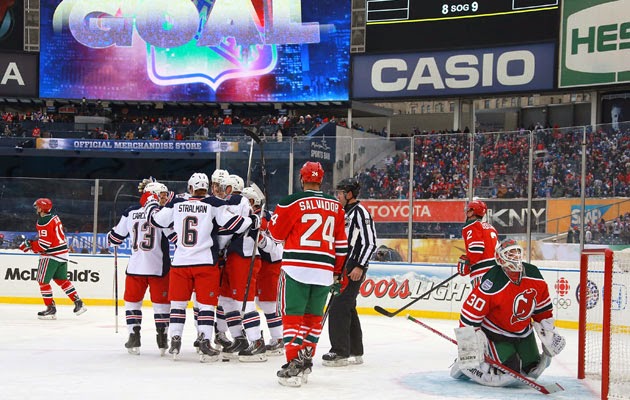 The best way to leave the NHL is at your home rink when the crowd knows they'll never see you skate in the league again. When Teemu Selanne finished last season he got the proper send off he deserved and he even let J.S. Giguere in on the fun. The same goes for Ryan Smyth who made many Oilers fans teary-eyed during his last NHL game and Saku Koivu who got a great send-off when he played his last NHL game in Montreal. These were great goodbyes that we knew were coming, however there are many NHLers who we might have missed the chance to wave goodbye to.

Here are some of the aging veterans we might not see in the NHL again:

While we don't know if the 42-year-old veteran will play this season, we do know that Detroit is his only option. His heart might want another shot at the Stanley Cup, but we're not sure if his back can handle it as he's not even attending Red Wings training camp in order to see specialists. Alfie still has some hockey left in him scoring 18 goals and putting up 49 points in 68 games. If Alfie's body can handle the game we will still get to hear him booed by Maple Leafs fans.

Potential Last Memory: I will never forget Leafs fans booing him wherever he was playing them - especially in Ottawa - however my last memory of Alfie is him picking up his teeth and them nonchalantly picking them up.

What a career this guy has had. He was the hero of the working man for a few years before taking that year off to do Facebook rants, and who knows if we've seen the last of the former Vezina and Conn Smythe winner. It's hard to see a team take a flyer on a 40-year-old keeper who just hasn't been able to stop a puck since going AWOL for 2013.

The Wizard is slowing down and had one of his worst offensive seasons of his career with 9 goals and 32 points in 69 games. At 42, Whitney would be a solid Reg Dunlop for any young team, but we can see him leaning to retirement. He had an incredibly consistent career and he'll probably disappear just like he played his career - under the radar. I will miss you in fantasy hockey, Ray, you were a great sleeper.

Potential Last Memory: I remember watching a game last year in which he kept photobombing Tyler Seguin who was giving an interview to TSN during the warmup. He would have been 41-years-old at the time, but still having a blast in the NHL.

Once one of the best power forwards in the game while playing on the West Coast Express line, Bertuzzi turned villain overnight with his vicious attack on Steve Moore back in 2004. You probably heard Big Bert's name throughout the summer due to the civil suit between he and Moore and that could very well be the last we see of the 39-year-old. Don't be fooled by the other Bertuzzi finding the scoresheet for the Red Wings recently, that's his nephew, Tyler.

Potential Last Memory: Drinking a Corona alone in a bar on HBO: 24/7.

Jovocop isn't patrolling the blueline like he used to and the former 1st overall pick found himself bought out by the Florida Panthers this summer. Jovanovski, despite being the Panthers captain, only made it into 37 games last season and only played 6 in the lockout shortened season of 2013. 43 games since 2012 at age 38 will cause that and the Florida Panthers found other players to overpay and reach the cap floor.

Potential Last Memory: Jovanovski has pretty much been retired in Florida since he arrived there. He's barely played due to injuries including have his hip resurfaced last season and it's sad that his career might have ended with a compliance buyout.

Brodeur is a first ballot Hall of Famer, yet he seems hell bent on ruining his career numbers by continuing to play. Since 2010, Brodeur has recorded a .904 save percentage making him better than Nikolai Khabibulin and worse than Steve Mason in the past four seasons. It'll be strange to see him in another uniform besides the Devils, but he'll have to take a backup role if he wants to continue playing this season.

Posted by Dirty Dangle at 6:13 PM
Email ThisBlogThis!Share to TwitterShare to FacebookShare to Pinterest