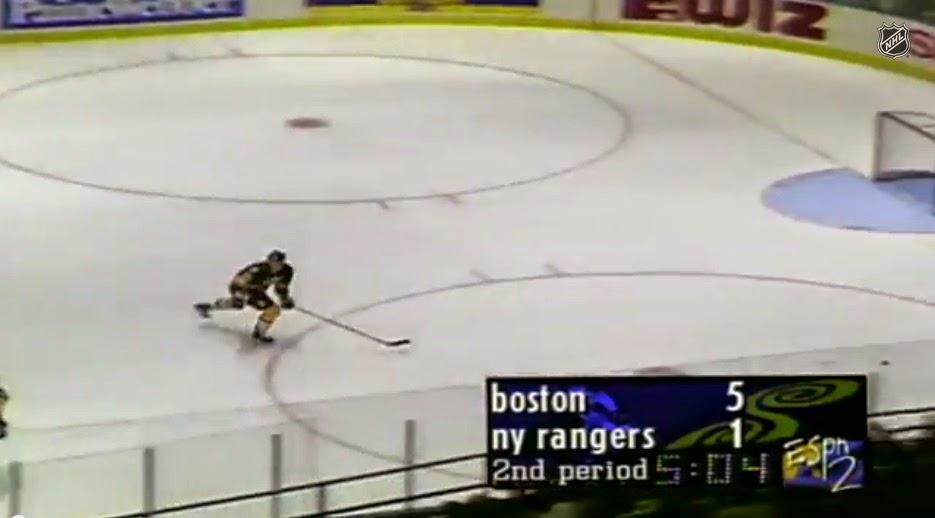 We've heard about "The Shift" for years, but now we have video evidence. Back in 1994 when Alex Kovalev was in his second season with the New York Rangers he was punished by Mike Keenan for a long shift and forced to finish the remainder of the period on the ice. Keenan was upset that Kovalev had stayed on longer than his allowed limit and with his team already down 5-1 to the Bruins he decided if Kovalev wanted more ice time he was going to get it.


Some notes on the video:

So Kovalev ends up playing a 5-minute shift and being off the bench for 10+ minutes in between whistles. With this ice time he draws two penalties, scores a goal, and is praised by the commentators as being the only non-disappointing player on the Rangers that game. What's funny about the whole incident is that 30 seconds into that initial long shift Keenan had the opportunity to change lines after an icing call and "punished" Kovalev for drawing a penalty 30 seconds later. You have to love the madness that is Mike Keenan.

The best part of all this is that Kovalev thought he was being rewarded with more ice time.

Posted by Dirty Dangle at 6:28 PM
Email ThisBlogThis!Share to TwitterShare to FacebookShare to Pinterest